It goes without saying that some colour mutations in birds ‘all look identical’ to an outsider. After all, it takes quite some time to learn the typical characteristics of existing colour mutations. Some colour mutations may even raise doubts with experienced bird lovers. A clear example of this are the dilute and pallid mutations in Agapornis roseicollis. Both mutants appear almost identical at first sight. Depending on your perspective, they show a very light green or ‘dirty yellow’ colour. These are also the phenotypes which present the most difficulties to bird lovers during agapornid training courses. This is also in part due to the fact that dilute is one of the least common mutations. So it is high time to make a comparison of both mutations.

Dilute:
Although this mutation has been known for at least 60 years, it is still one of the least common mutations in Agapornis roseicollis.  The difficult breeding results are certainly one of the possible causes.

Over the years, the name of this mutation has changed from Japanese yellow over Japanese golden cherry and pastel to ‘overgoten’, even though this eumelanin mutant has been known under the scientific name of dilute for a considerably longer time.  This is why we have adopted the name of dilute within BVA when we introduced the international names ten years ago. Dilute has a very typical deviating pigment structure and can be identified with great certainty by means of feather examination.

The eumelanin present in this autosomal recessive mutant gets damaged during transport in the feather, which causes the eumelanin granules to clump together. This leads to the creation of what we call macromelanosomes or giant eumelanin pigment granules. From a visual point of view this gives us a bird with an 80 to 90% eumelanin reduction, resulting in a yellow bird with a green sheen. The flight feathers are light grey in colour. An important detail is that the eumelanin is only damaged during transport IN THE FEATHER. This means that the eumelanin present in the weak parts, i.e. the eyes, legs, nails etc., is intact. This explains why the eyes and legs of this mutation have the same colour as the wild form.

Pallid:
This sex-linked recessive mutant originated in Australia, hence its original name: “Australian cinnamon”.  At that time people were convinced it concerned a cinnamon mutation because pallid young displayed red eyes in the nest in the first days after their birth, as is the case with cinnamon.  We know better now. Cinnamon mutants are not the only birds born with red eyes which turn to a normal dark colour later on.   This only means that it concerns an albinism mutation. Nothing more, nothing less.

Pallid mutations suffer from a disrupted tyrosinase process; this means that something goes wrong in the pigment cells as from the production of this eumelanin. The quality of the produced eumelanin is so poor that the bird has a very light green colour. Like dilute mutations, pallid mutations have light grey flight feathers. So there are a lot of similarities, but there is one clear difference, namely the colour of the legs. As the eumelanin in the pigment cells in the skin of pallid mutations is already damaged, the colour of the legs and nails of these mutants have almost entirely faded as well. The result: flesh-coloured legs and white nails. 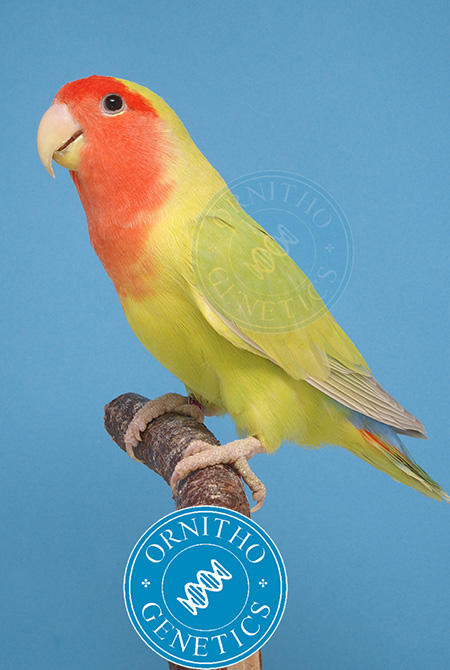 Other combinations:
We can easily combine dilute and pallid with dark factors and psittacin mutants. These do not impact the recognisability of both mutants. Combinations with other eumelanin mutants are obviously out of the question. This is why we have international guidelines which stipulate that combinations of eumelanin mutants should preferably be avoided. Quite logical, as these result only in confusion and conflict.

There is nevertheless an accepted combination which can complicate recognising both mutants a bit: pallid or dilute combined with opaline. This opaline factor will result in even paler colours in green birds, which makes it more difficult to spot the difference in colour of the feathers between both mutants. The colour of the legs will once more have to provide clarity. An opaline dilute green has grey legs, while an opaline pallid green – which is a crossing-over – has flesh-coloured legs.

For the sake of completeness I need to add that these opaline dilute green Agapornis roseicollis are still very rare; as far as I know, only Harry Bens from Boxmeer (Netherlands) has managed to breed this combination. It is nevertheless important that we know the characteristics of both mutants, as it would certainly not be the first time that a bird lover confuses pallid with dilute.
Hopefully you are now up to date again.

Please donate to support our Research 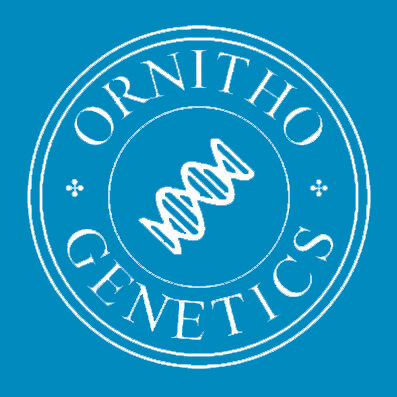